These figures represent the warriors defending Britain, Gaul and other parts of the Empire once the Legions had left to defend Rome. Famously they are the warriors of King Arthur.

3 mounted figures per pack. 28mm sized, made of metal and supplied unpainted. 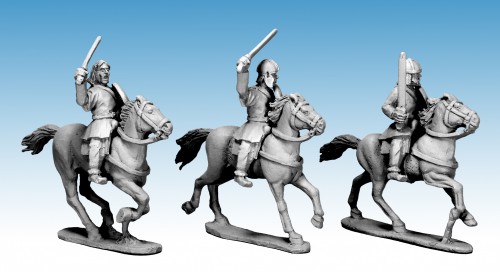